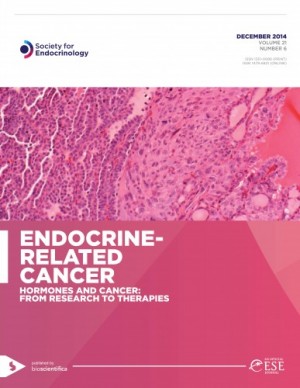 Recent Publication and Summary of Article

We are happy to announce that Wilmington Endocrinology’s latest research article “Association of Hashimoto’s Thyroiditis with Thyroid Cancer” was recently selected for publication in the journal of Endocrine Related Cancer. Click on the article title to read the full text.

Below is a short summary of our latest article written by Amanda Irwin and edited by Michelle Mayo, PA-C.

Hashimoto’s Thyroiditis is the most common autoimmune thyroid disease and the most common cause of hypothyroidism.  Hashimoto’s is characterized by the infiltration of the thyroid gland by inflammatory cells.  Thyroid cancer is also frequently infiltrated by inflammatory-immune cells and, based on other data, occurs in the context of Hashimoto’s.  This association is not uncommon as a relationship between chronic inflammation and cancer has been sustained by clinical and epidemiological evidence in previous studies.

To evaluate this hypothesis, a study was conducted consisting initially of 2100 patients with single or multiple thyroid nodules ≥5 mm and who were 18 years of age or older.  Prior to these patients undergoing a fine-needle aspiration biopsy (FNAB), blood work was done to obtain TSH, free T4, free T3, TgAb and TPOAb levels.  Upon receiving and evaluating the results, 77 patients were excluded from the study for multiple reasons.

Of the remaining 2023 patients, 461 had a thyroid surgery and, based on the pathology analysis of the tissue, 233 were subsequently diagnosed with thyroid cancer.  The examination of these 233 patients’ blood work revealed an association of increased TgAb and TSH ≥1 µlU/ml with thyroid cancer.  Another common denominator found was young age with an average of 45.33 years for the diagnosed patients.

Elevated TgAb was found in 20.6% of the malignant nodules as compared to only 10.2% in the benign nodules.  However, there was not such a substantial difference when TPOAb was analyzed as 31.33% of the thyroid cancer patients had elevated levels paralleled to a close 26.7% of the benign nodule patients.  When TSH levels were examined, they were initially divided into four groups and the test was found not to be a significant risk factor for thyroid cancer.  By a single cutoff analysis it was demonstrated that TSH was indeed a weak predictor for cancer risk when there was only a single cutoff point of ≥1 µlU/ml.  It was also noted that in terms of size, 41% of the nodules in the 233 diagnosed thyroid cancer patients were <10 mm in diameter.

The relationship between thyroid cancer and inflammation is complex and still not fully understood.  While this study and others suggest the Hashimoto’s Thyroiditis and thyroid cancer association is antibody specific, the mechanism leading to this is not known.  A larger study would help determine if the risk of thyroid cancer with increasing TgAb is present at any concentration or if there is a threshold below which there is no increased risk.  The findings from this study ultimately demonstrated TgAb and TSH ≥1 µlU/ml can serve as predictors for thyroid cancer.